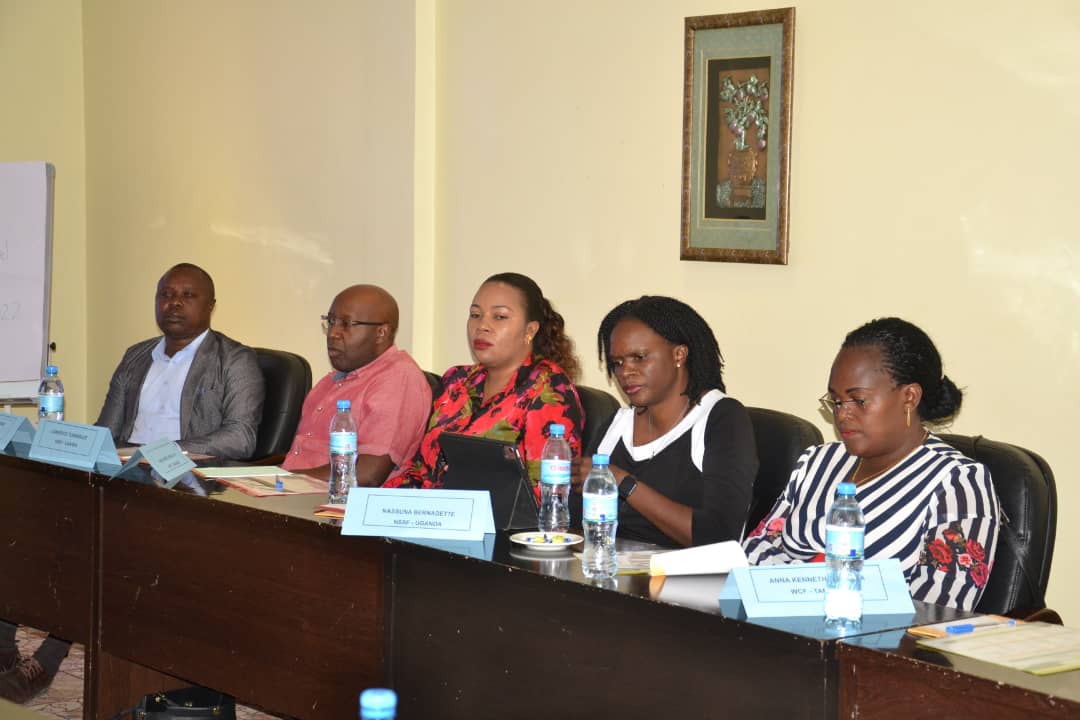 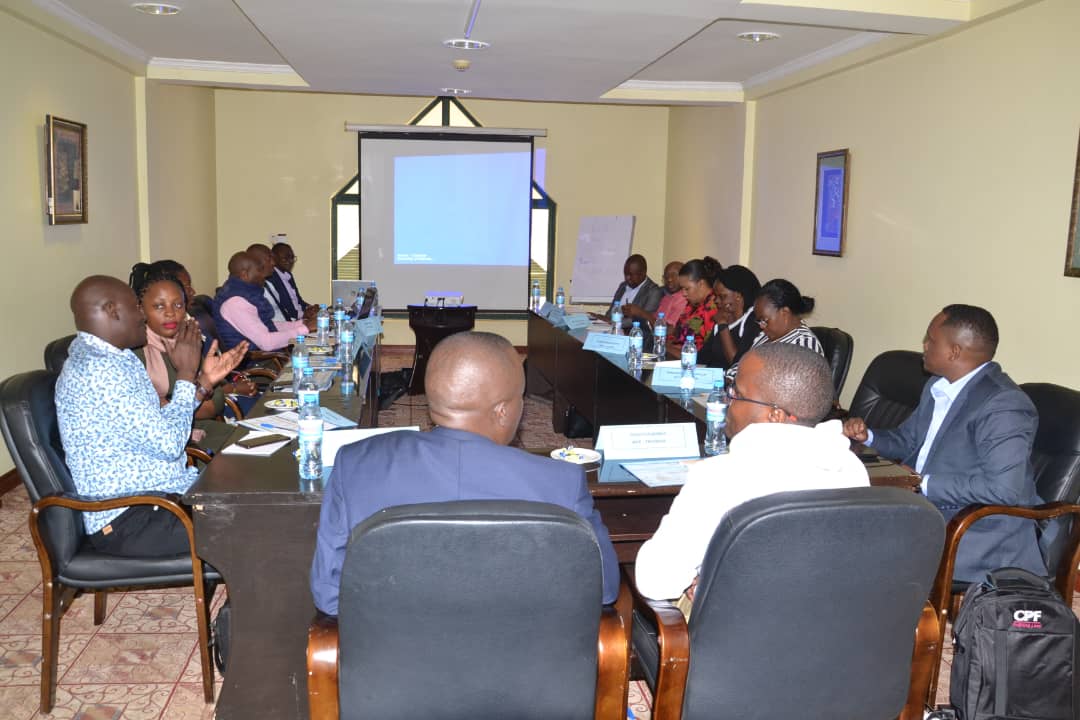 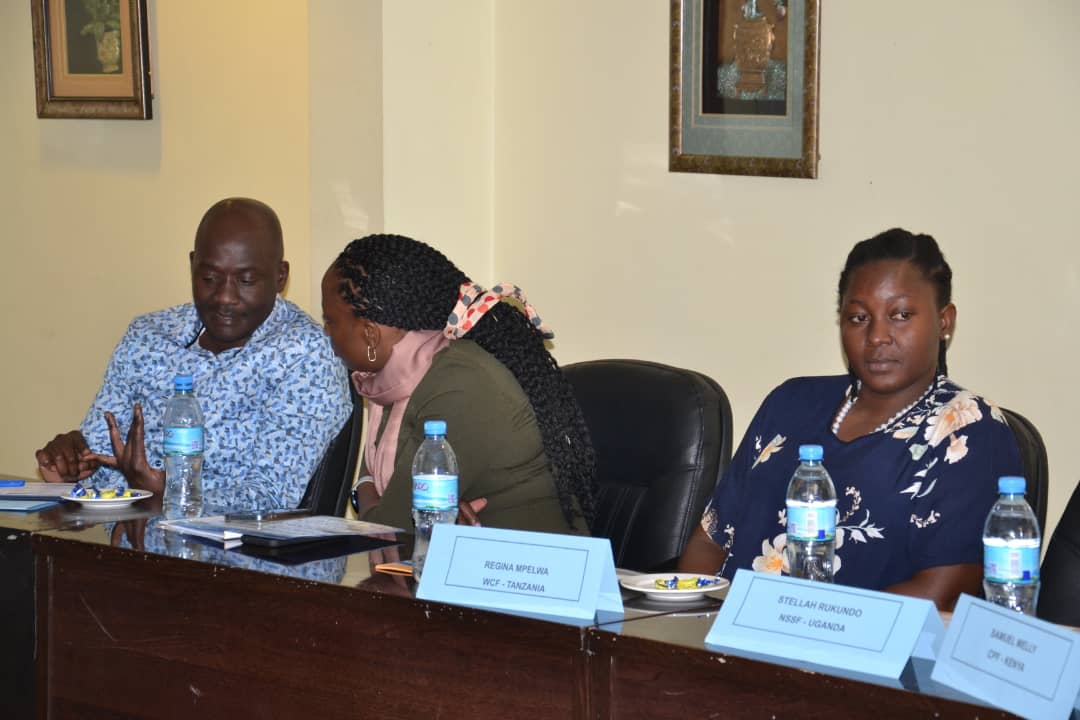 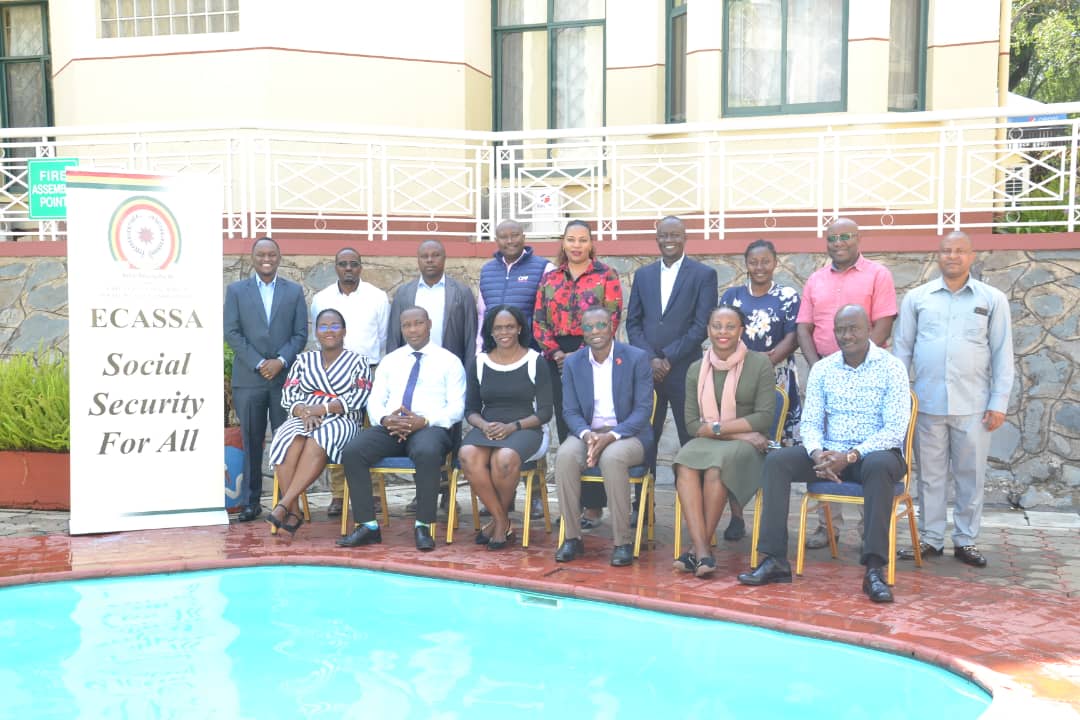 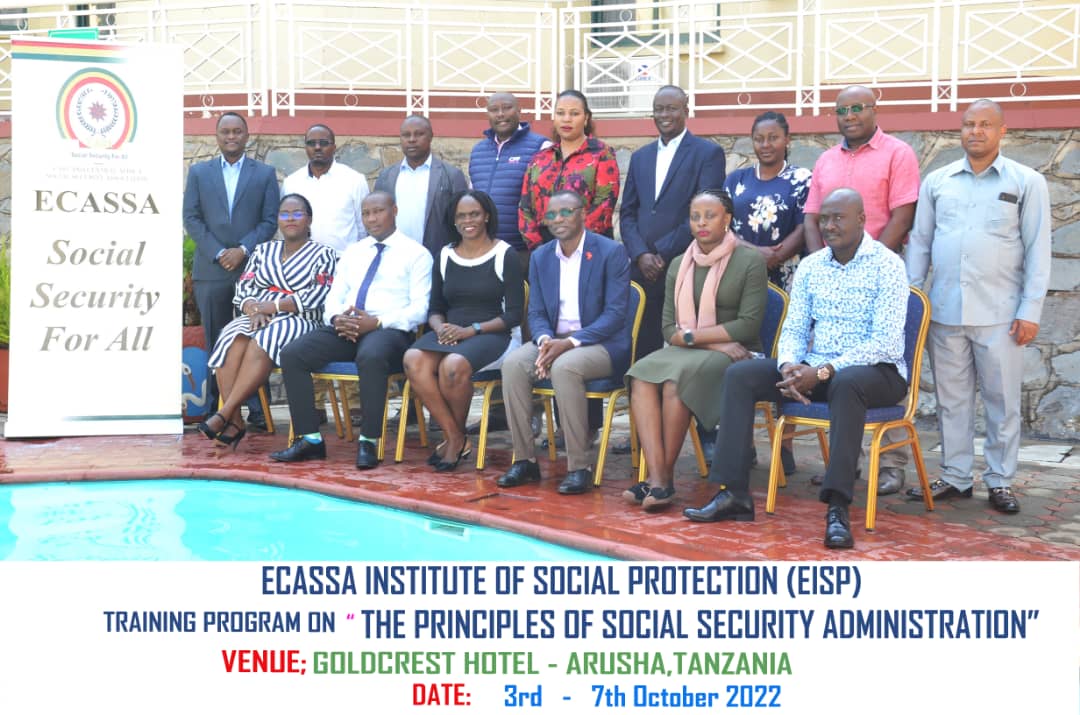 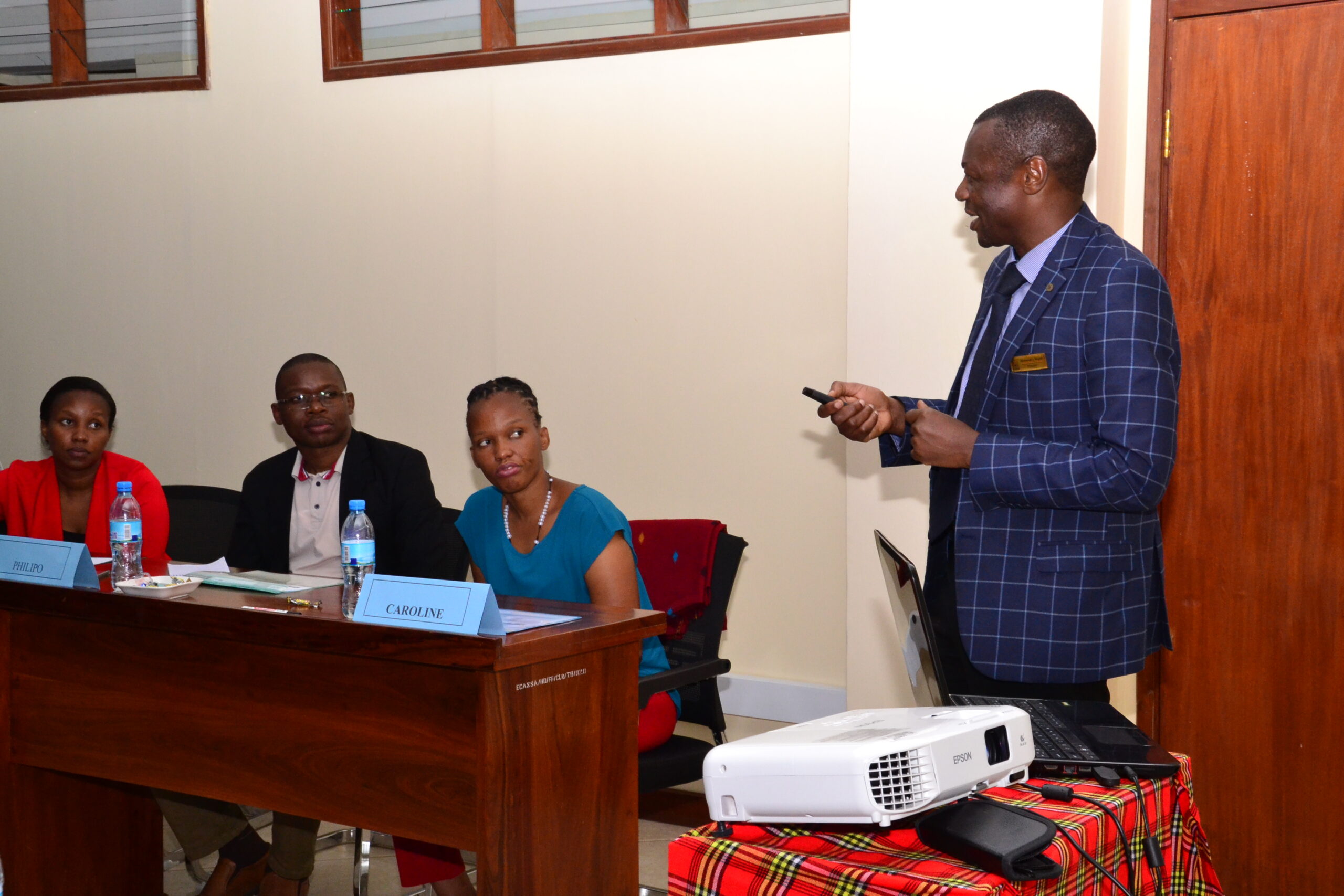 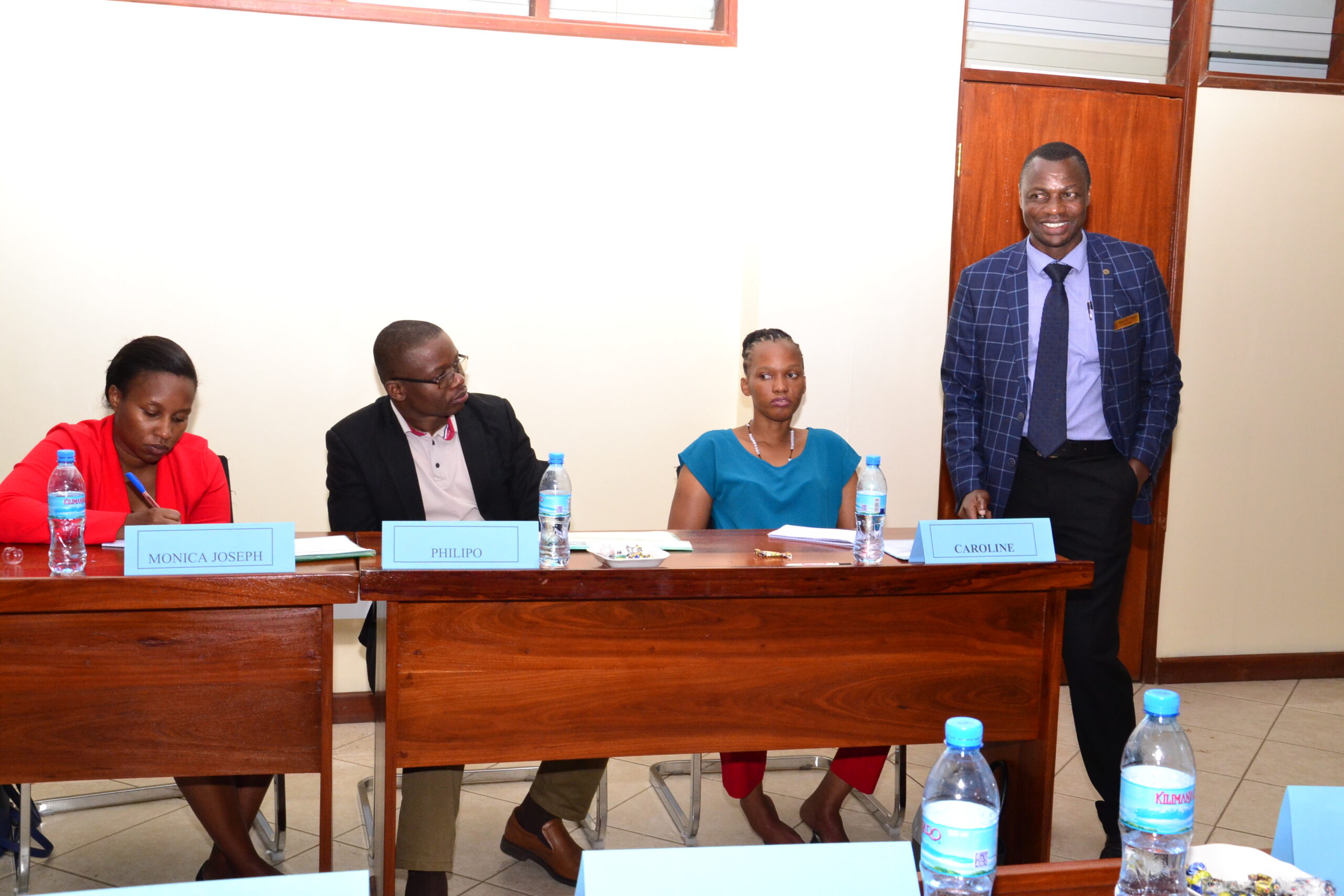 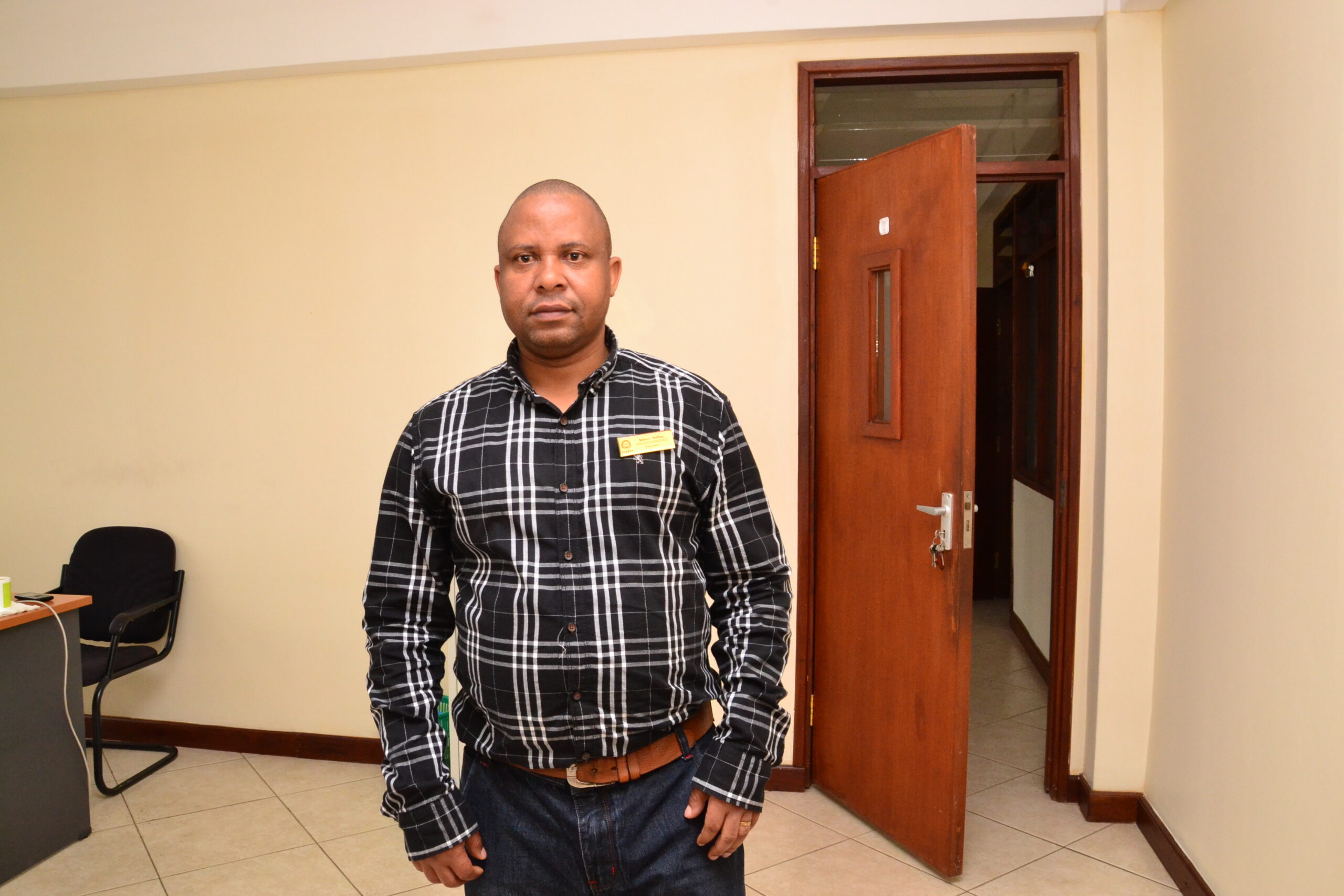 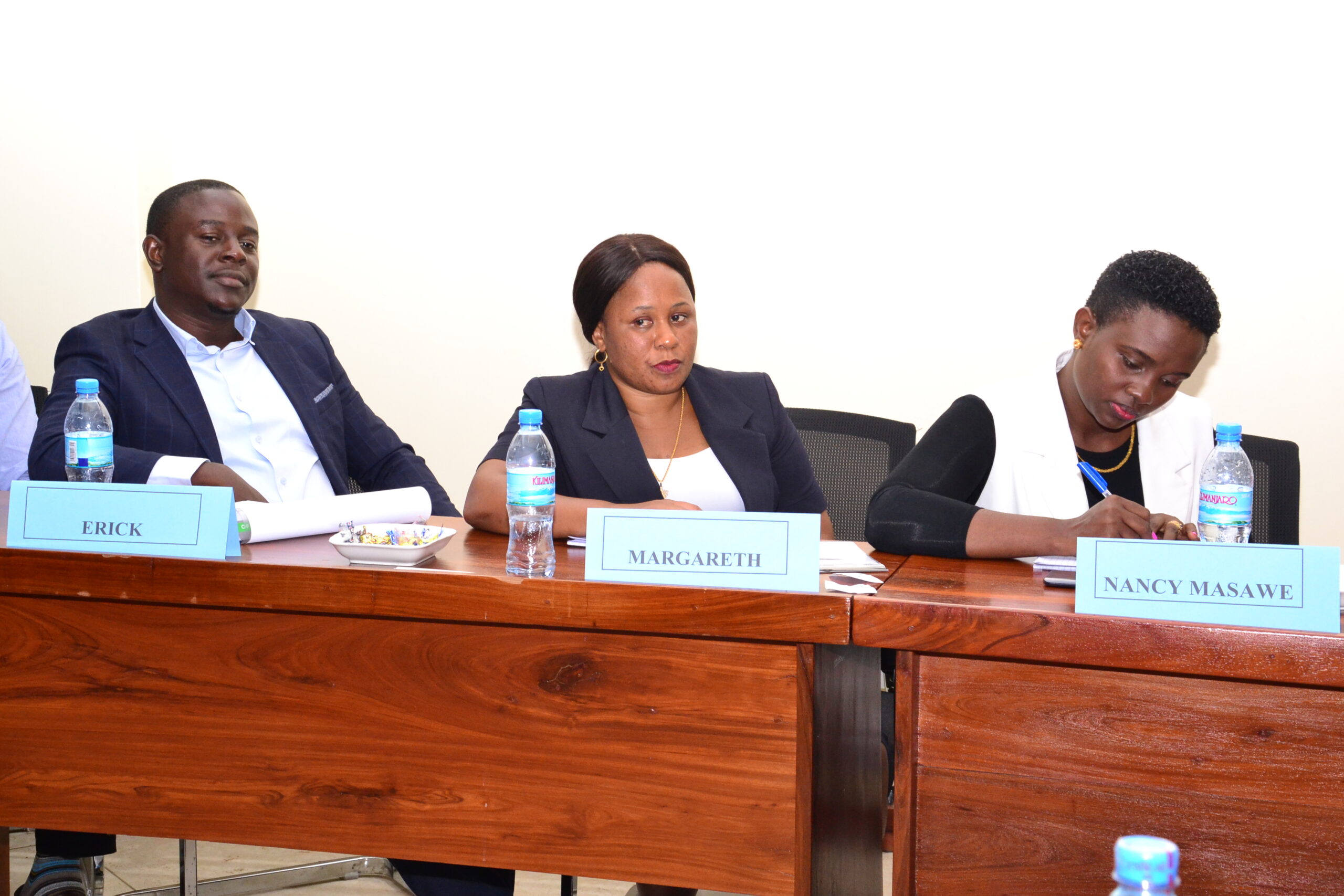 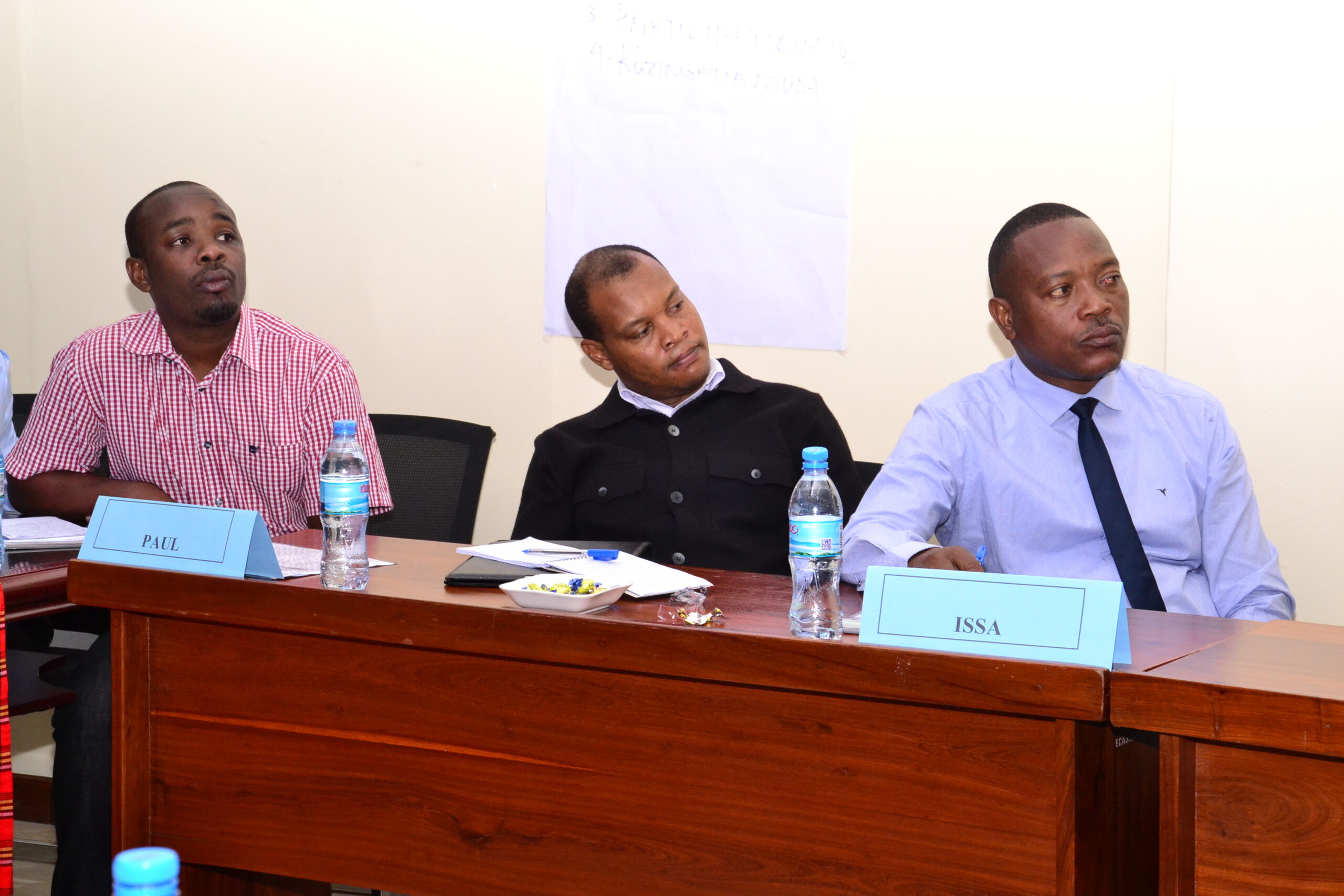 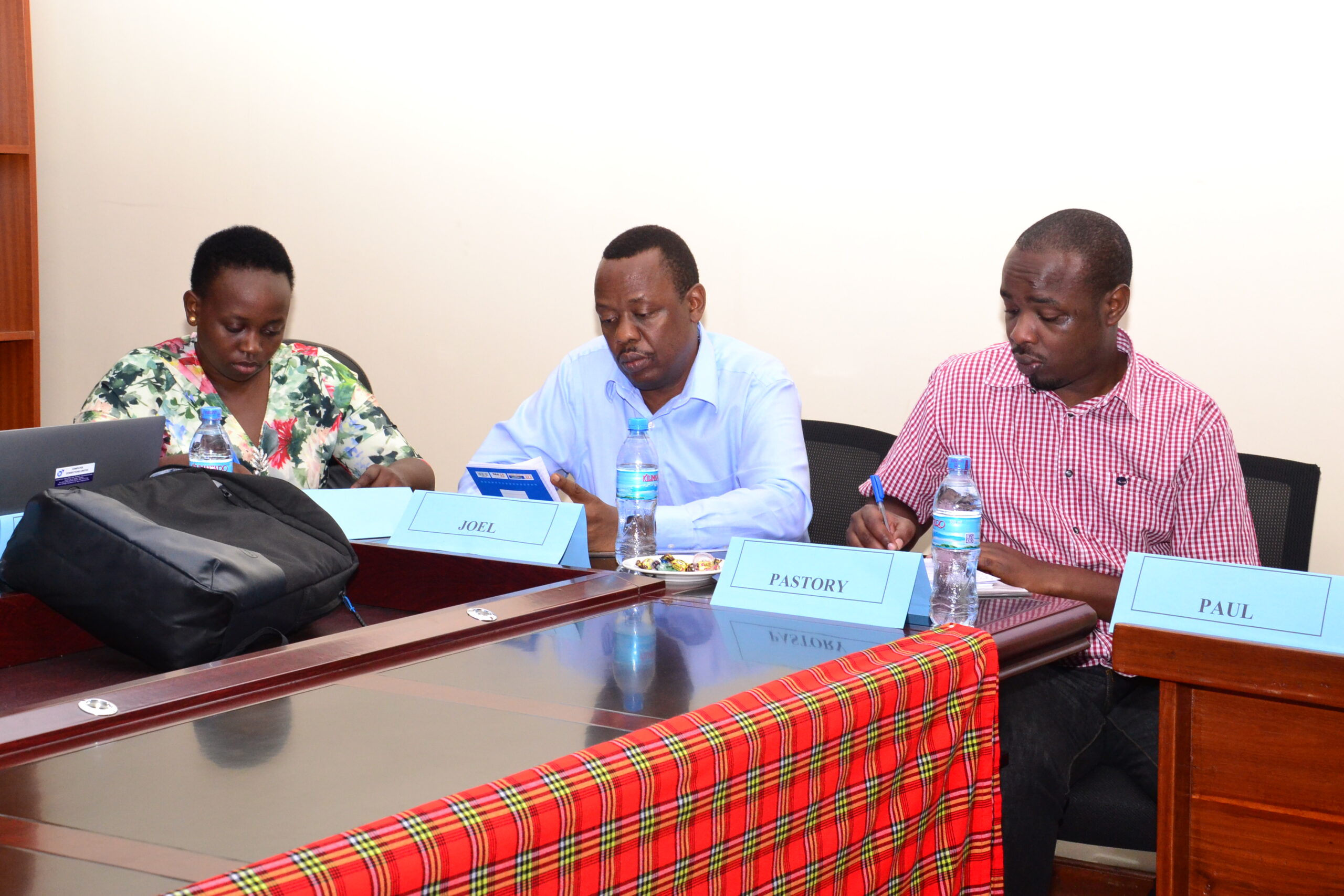 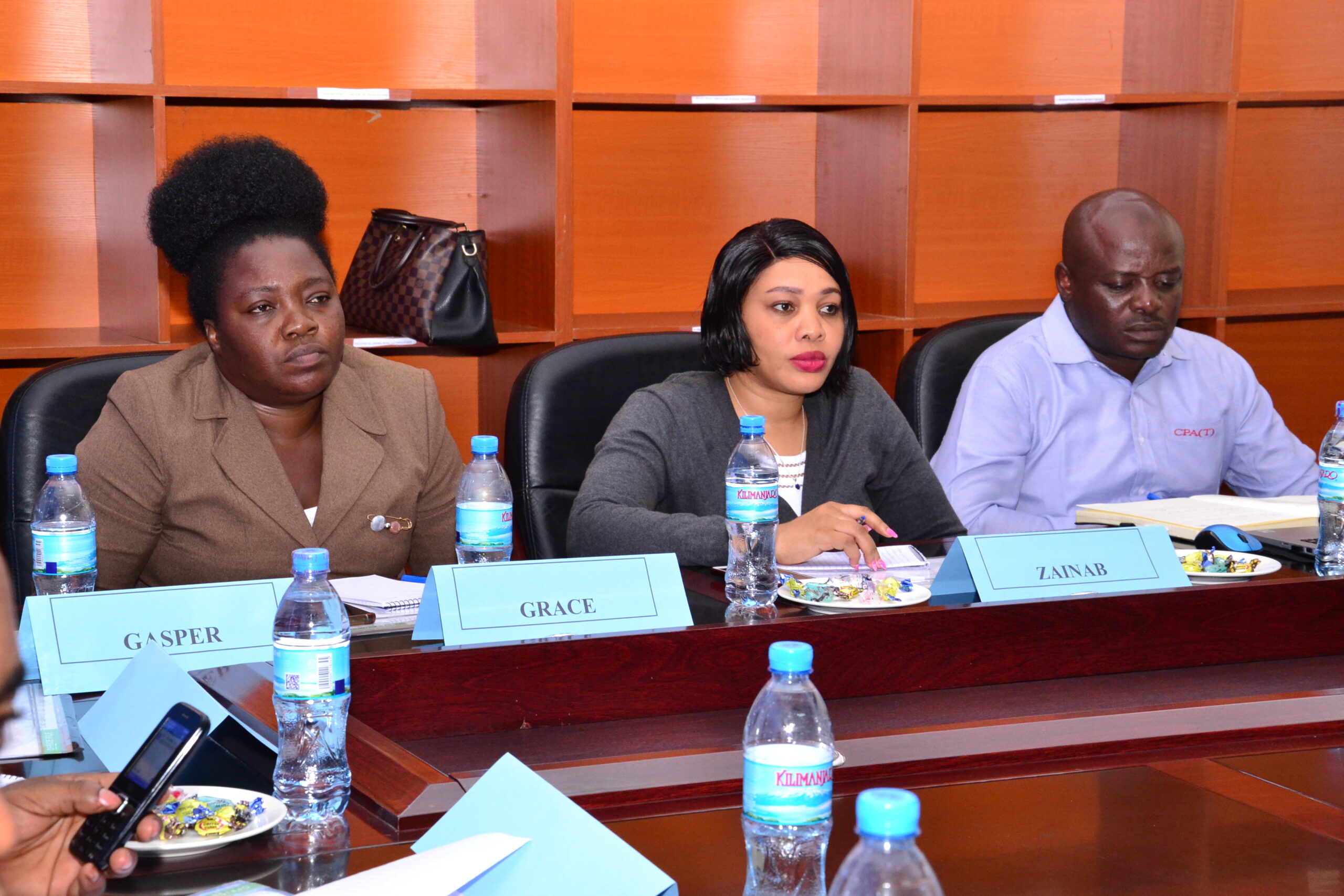 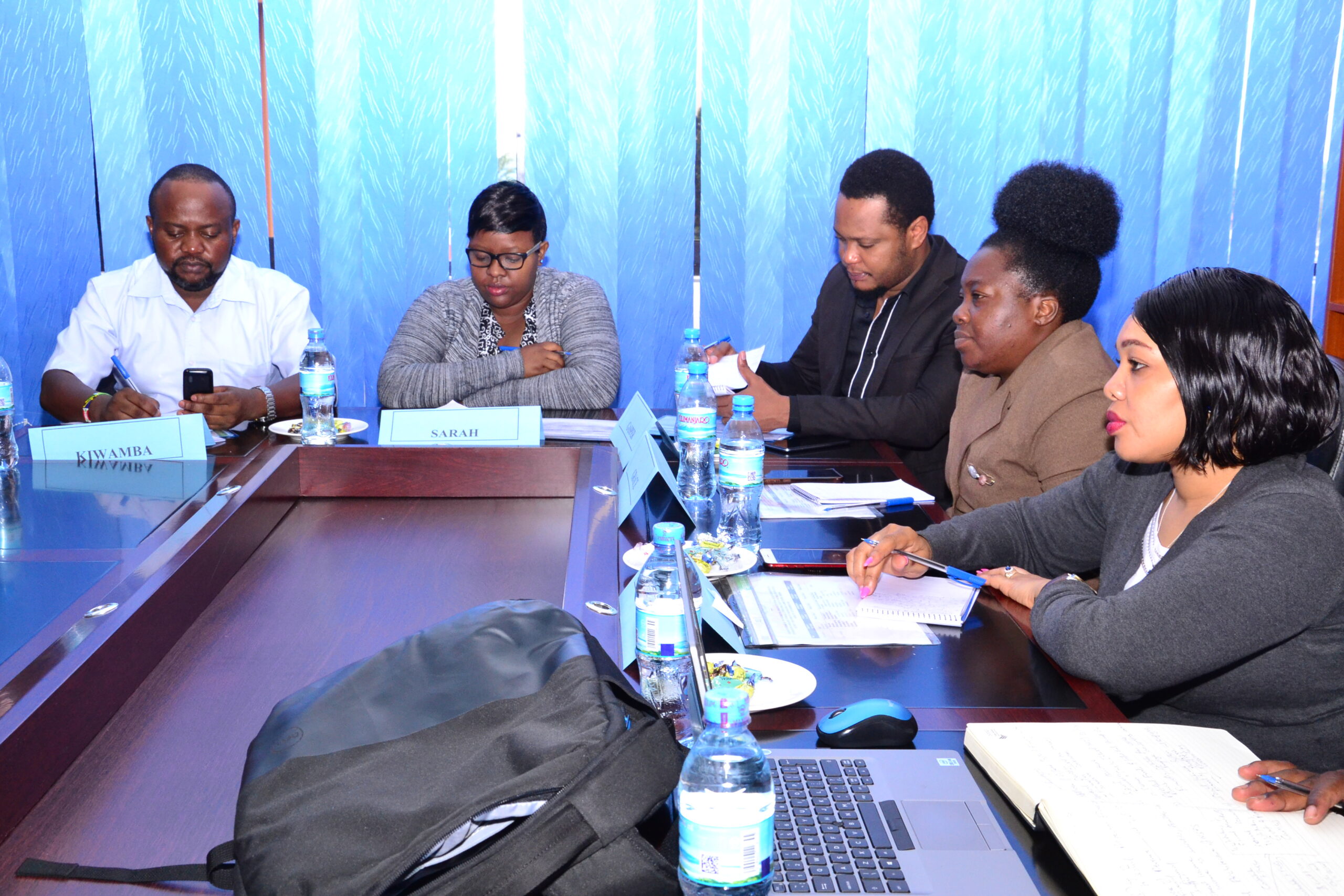 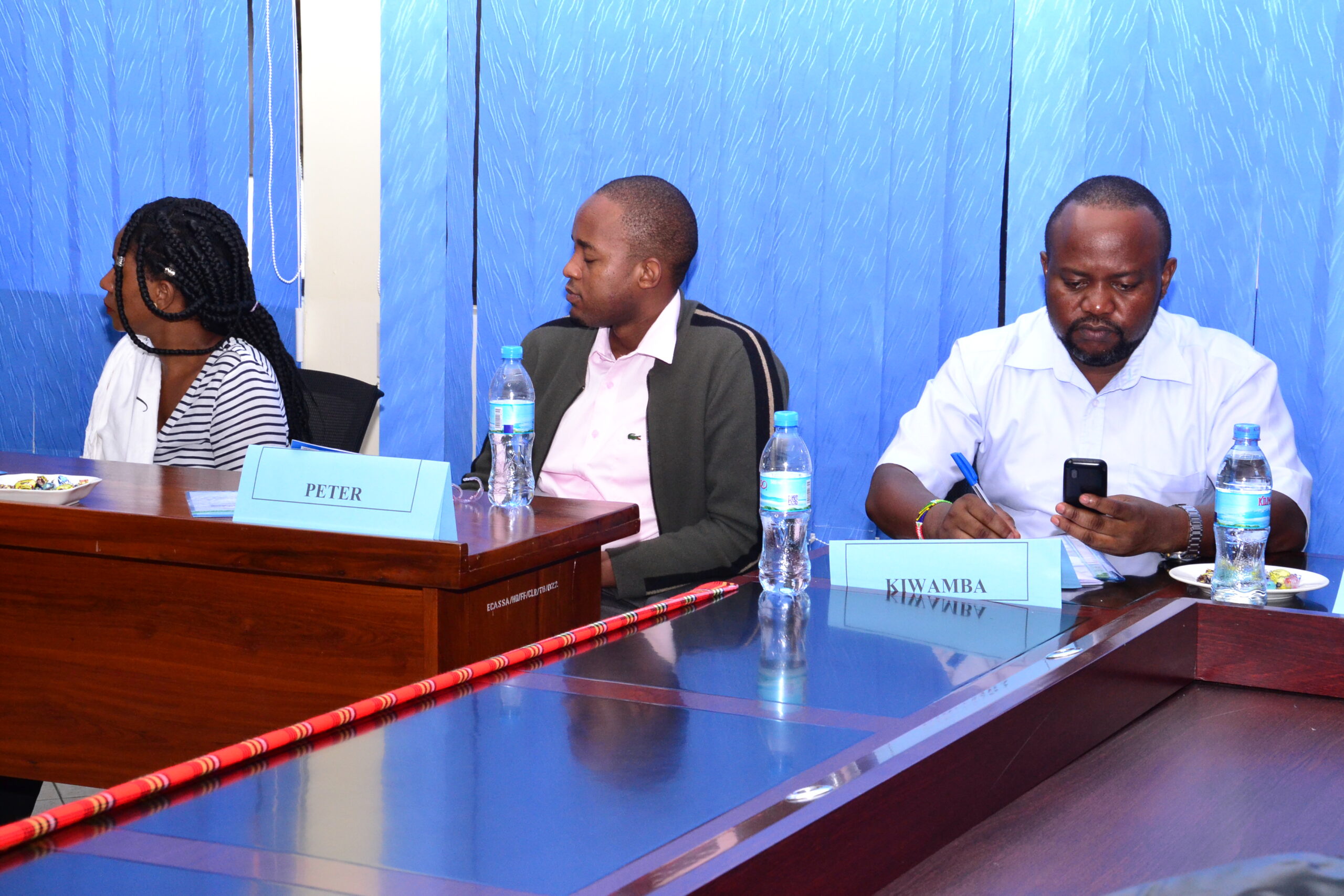 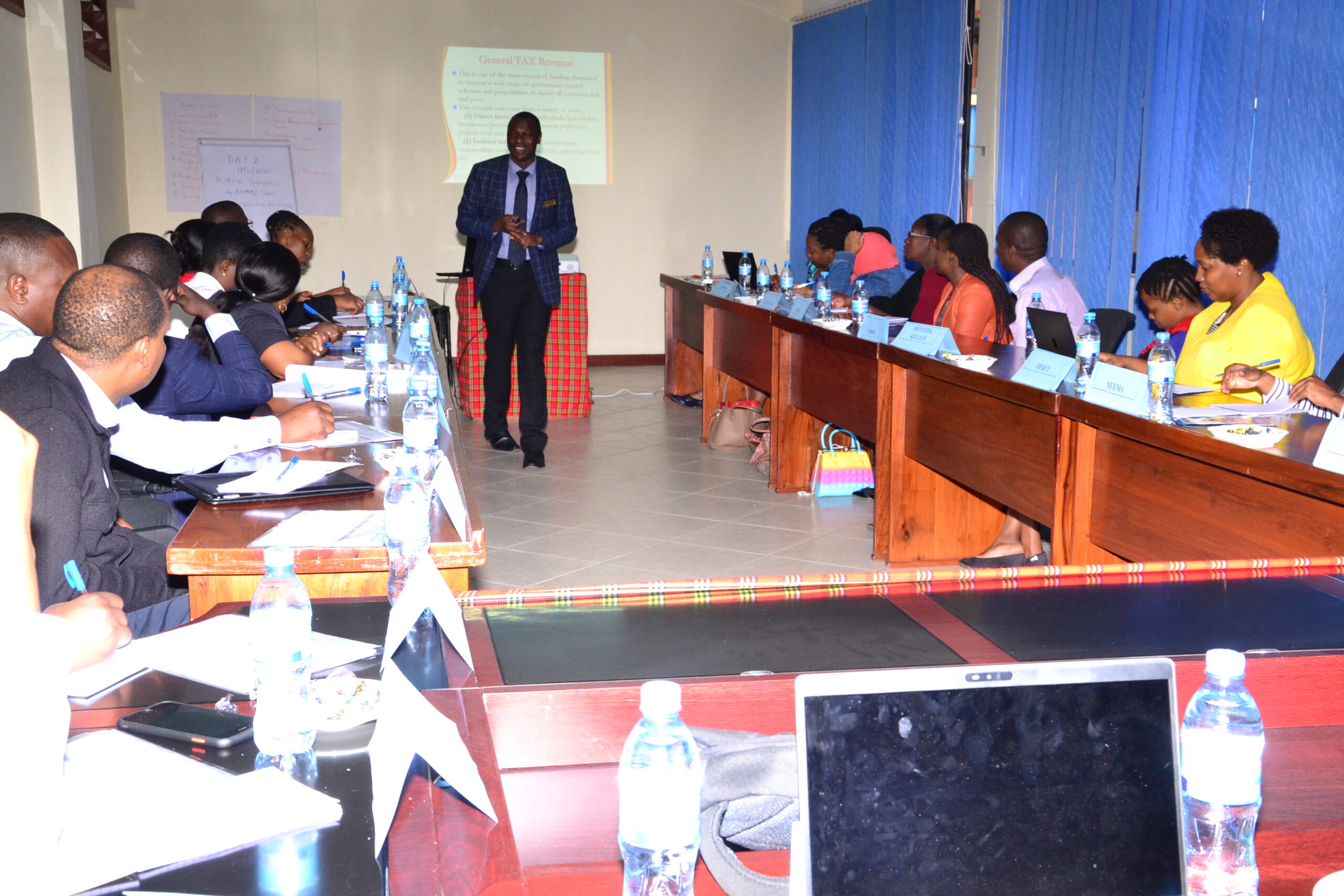 On the 7th December 2020, ECASSA and the Worker’s Compensation Fund (WCF) of Tanzania signed a Memorandum of Cooperation (MoC) in a historic event at the ECASSA Head Office in Arusha – Tanzania. On this high level event, the ECASSA delegation was led by the Secretary General, Dr. Irene Isaka, and WCF delegation was led by the Director General, Mr. Masha Mshomba. The below photos reveal the historical moments when the two parties officially endorsed the cooperation agreement in the areas of capacity building; resource sharing and other social protection related issues. 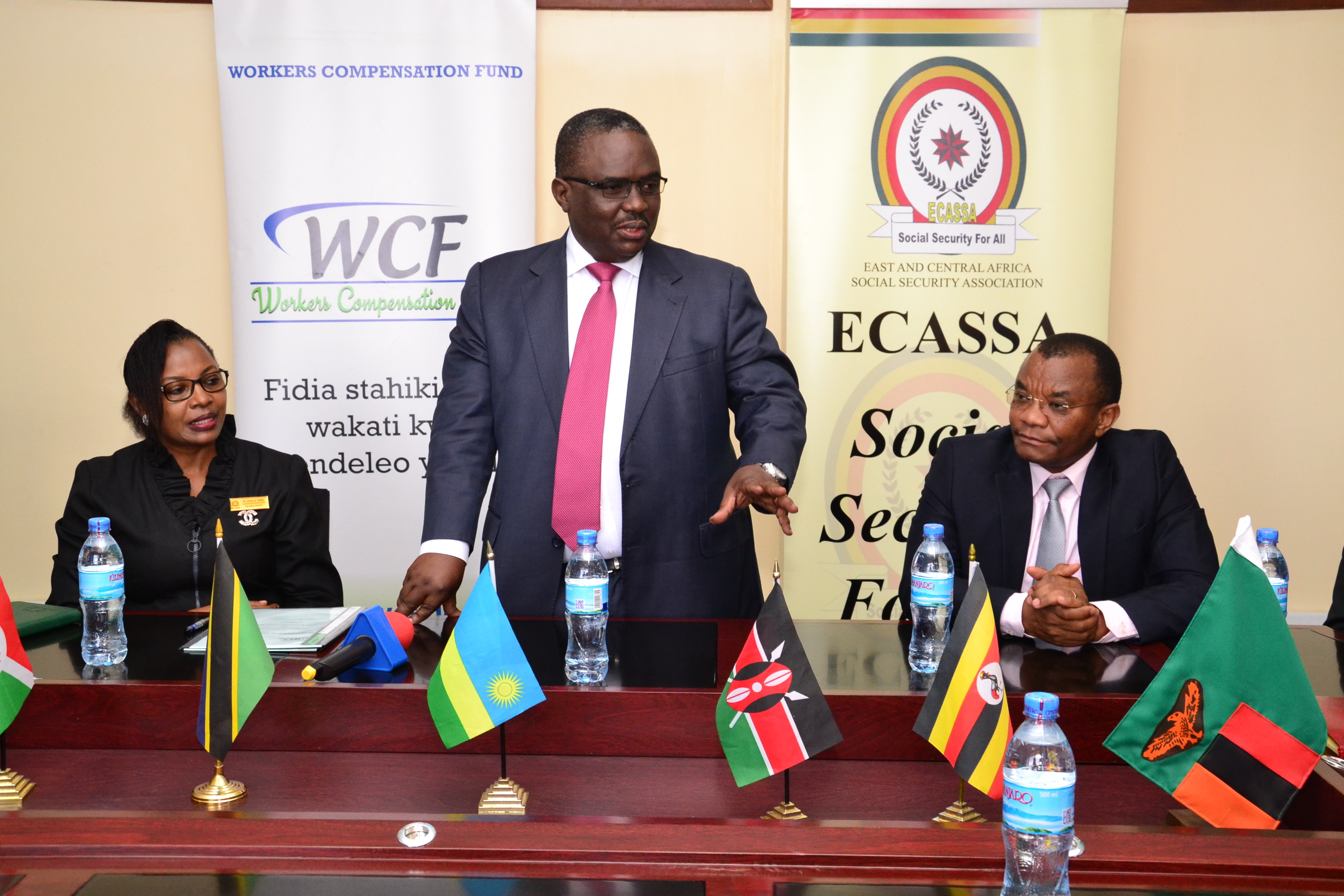 The Director General of WCF, Mr. Masha Mshomba, delivering a key note speech during the MoC signing ceremony between ECASSA and WCF at the ECASSA  Head Office in Arusha – Tanzania. Right to the DG is Mr. Anselmi, the WCF Director of Investments and left is ECASSA Secretary General, Dr. Irene Isaka. 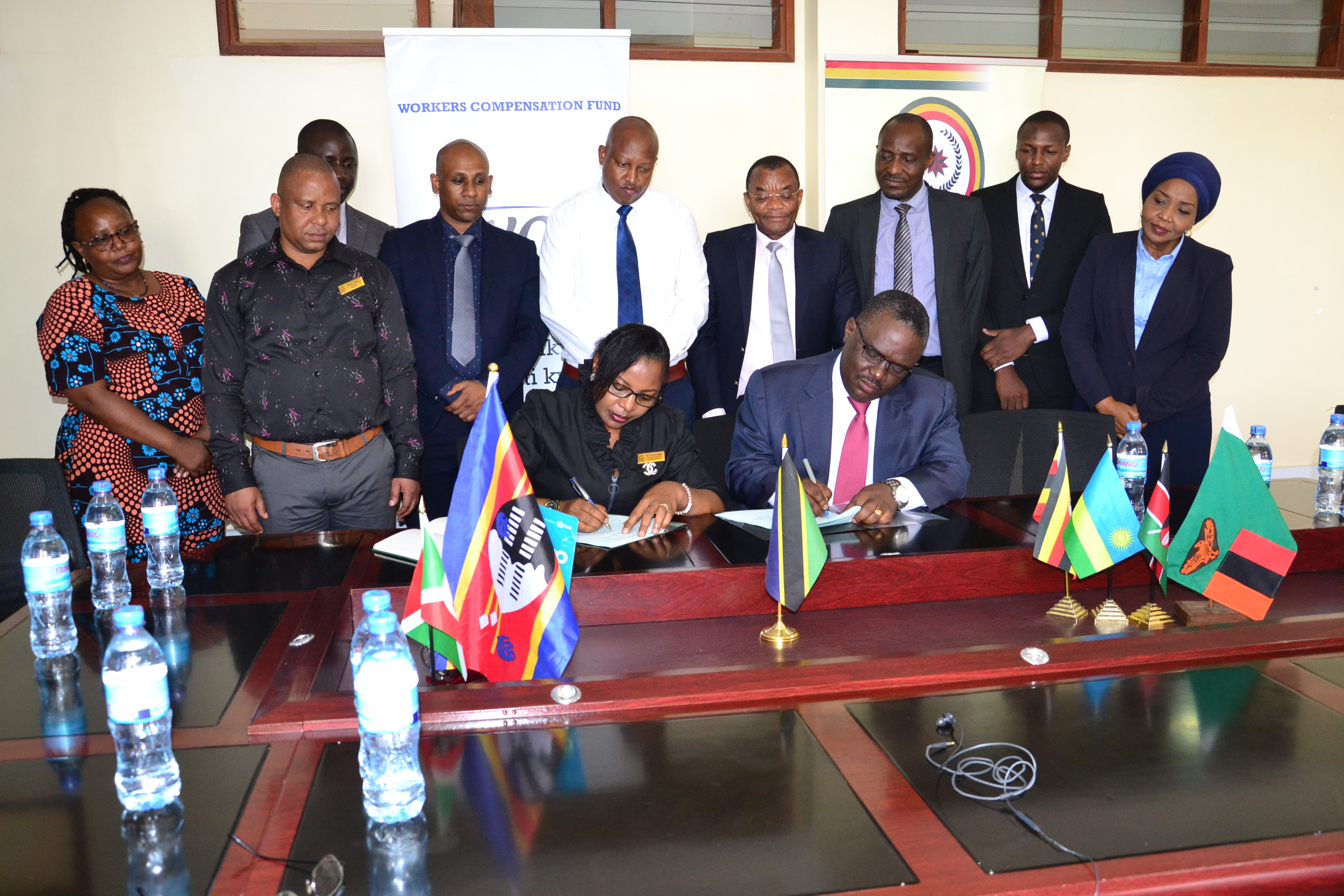 The Director General of WCF, Mr. Masha Mshomba, (right) and ECASSA Secretary General, Dr. Irene Isaka, (left)  signing a Memorandum of Cooperation between ECASSA and WCF at the ECASSA  Head Office in Arusha – Tanzania. Standing right behind them are the delegations from both parties. 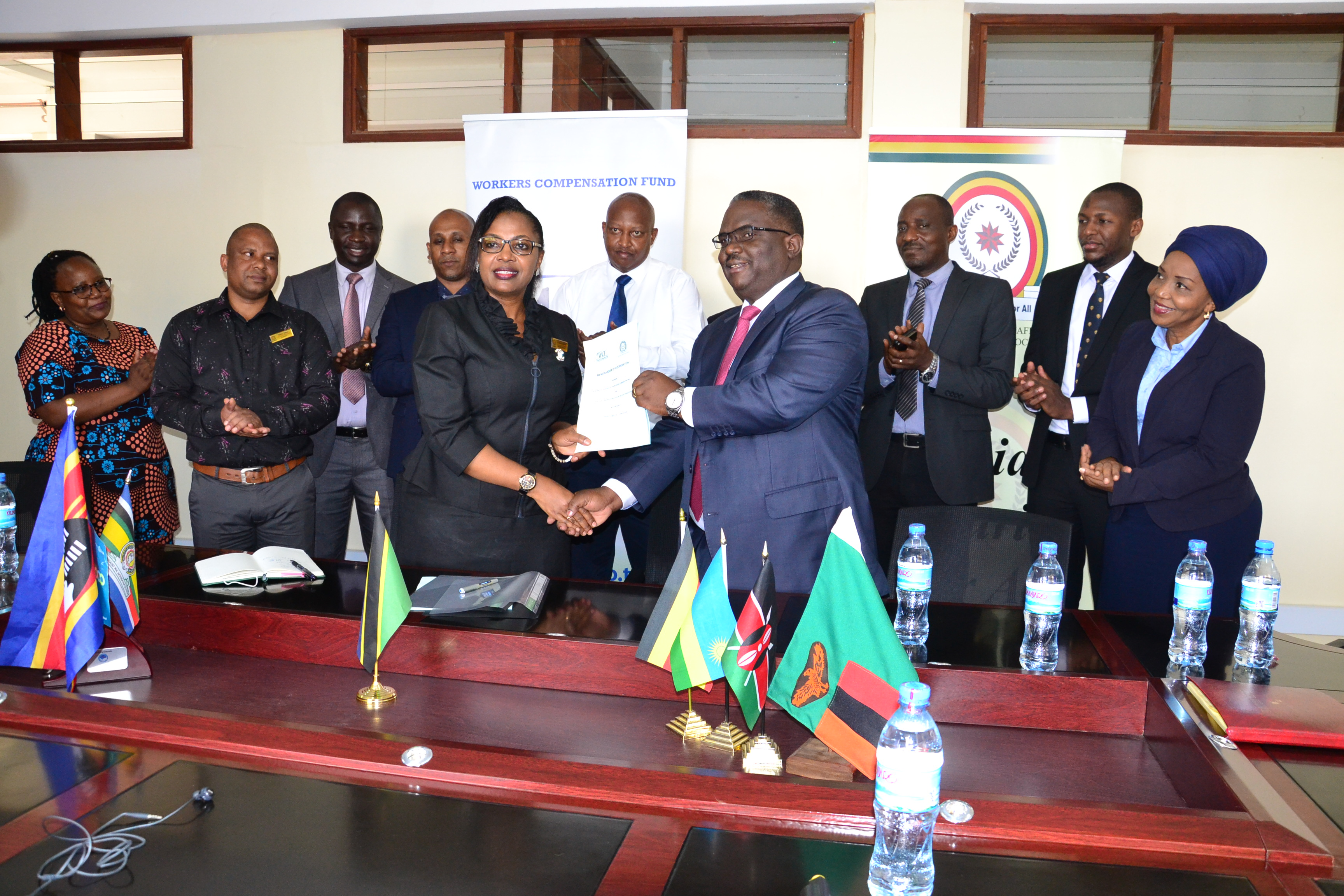 The WCF Director General, Mr. Masha Mshomba, (right) and the Secretary General of ECASSA, Dr. Irene Isaka, displaying the just signed MoC between the two parties at a ceremony attended by delegations from both parties, held at ECASSA Head office in Arusha – Tanzania.

The ECASSA founding member schemes have very high expectations of what they expect of the Association. This is not only expected but indeed every member scheme has the right to see and feel tangible membership benefits enabling them to collectively make positive impact in the improvement of the quality of life of the people of this sub-region as premised in the Association’s objectives. Notable excerpts by some stakeholders: “Social Security plays a major role in economic development and social welfare…. “ECASSA is timely especially at a time when the East African Community has been broadened to include the two sister countries which are Burundi and Rwanda” – Hon. James Musomi, Rwanda Minister for Finance when presiding over the Official Launch of ECASSA in Kigali, 31st March, 2007.

In order to reduce poverty among the population and to achieve Millennium Development Goals (MDGs) in the region, Social security development cannot be neglected. The need for ECASSA to foster cooperation among social security institutions, various governments, regional economic blocks, development partners and other stakeholders through policy influence and thought leadership cannot be overemphasized. The Association needs to undertake training and capacity building; research and knowledge management; coordination and harmonization of social security legal framework towards achieving universal coverage and portability of benefits across the region.
More The increasing awareness and recognition of the fundamental rights of each individual for social security, the increasing vulnerability of the East and Central African citizens, the changing business environment and the need to improve quality of social security validates the need to foster cooperation in the development of social security in the region. An analysis of social protection regimes in almost all the East and Central Africa countries show that they are insurance-oriented and focus on those people who are employed in the formal sector. It therefore tends to be very categorical and exclusionary especially as far as the personal sphere of coverage is concerned. A few benefit, while large pockets of people generally and especially informal workers are excluded from protection. The Association has just concluded its first strategic planning cycle in which significant achievements were realized, challenges faced and opportunities unearthed. Despite its remarkable rapid growth in the last few years, whether in terms of its membership growth, resource mobilization, service portfolio, or its human resource capacity, certain aspects of the Association requires strengthening to enable it continue playing its vital role and cope with the changing operating environment. For instance, the growth in its membership has not been as rapid as desired and its intention to influence policy and provide thought leadership in social security development within the region is without much impact. Majority of Social Security institutions require institutional strengthening and capacity building to enhance social security delivery. An eminent need for ECASSA to enhance its mandate in building and strengthening the capacity of social security institutions to deliver social security services and be responsive to the changes in their operating environment is critical. This will necessitate the Association to enhance its own internal capacity and increase its country presence and visibility in the region. The Association has made a strategic decision to review the manner in which it conducts its business, the way it is structured, its human resource capabilities and the way it assesses its own performance in order to exploit emerging business opportunities and address known concerns. To this end, ECASSA will pursue a number of strategic objectives and strategies in fostering cooperation of social security players in developing social security in the region.

The formation of ECASSA in March 2007 was a response to the need by social protection schemes including health insurance schemes and pension funds, in East and Central Africa, to work more closely in the interest of improving the quality and effectiveness  of their services to the people of the region. It is important to recall that most public social protection institutions were established at independence in the 1960s and all faced the same challenges of low coverage, insignificant benefits and a workforce deprived of proper training in social security administration. This has been attributed to the fact that most of these schemes started as government departments and their leadership was part of the public service bureaucracy with no appreciation of the concept of social security. This resulted in lethargy within these institutions and thus performance well below par over the years. However, since the late 1990s, these schemes have been exposed to a competitive business environment , assisted by growing consumer awareness of their rights. Over time, many of the schemes adapted new strategies to address these challenges and most importantly,  they had their laws amended to make admission to their Boards more professional. Nontheless, challenges such as low coverage, labour migration to neighbouring countries ,poor  corporate governance and service delivery continued to persist. A way to have the schemes come together and tackle these challenges was in urgent demand. In early 2007, after both formal and informal consultations, the schemes Director -Generals and Managers reached a consensus that their organisations could achieve progress in matters of common interest faster and at a relatively low cost if they had a mechanism for maintaining regular contacts, continuous sharing of experiences and pooling of resources to fund capital intensive programmes. ECASSA was thus established and today serves as the sub-regional  co-ordination agency to enable social protection schemes realize their full potential in guaranteeing improved social security for the people of this Eastern and Central Afican region.

The East and Central Africa Social Security Association’s Vision is: “The preferred Institution in the promotion, management and development of social security for all in the region”

The Association’s mission is: “To foster cooperation and promote the management and development of social security for optimum stakeholder benefits”.

Social Security for All

Extending Social Health Insurance to the Most Vulnerable Groups
Arusha